Click here to edit the Social Media Links settings. This text will not be visible on the front end.

Despite a population of 2.4 million, the Portland, Ore., metro area is home to just one big publicly traded company with annual sales over $3 billion: Nike, based in Beaverton. But the limited big corporate presence has not stopped recent college grads from flocking to Portland for its outdoor recreational opportunities, as well as its progressive and environmentally friendly scene. 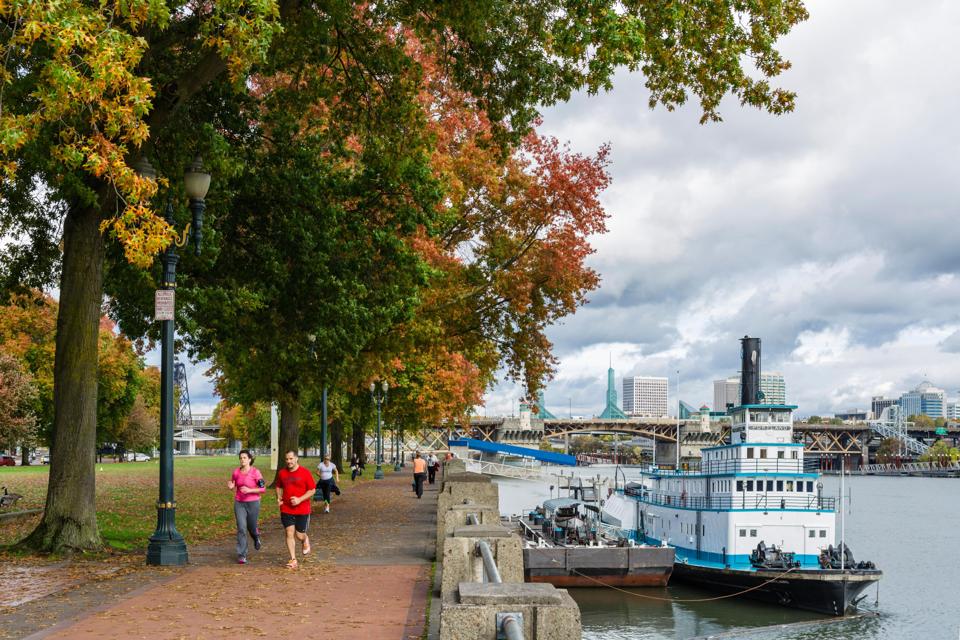 The influx of educated young adults has been a boon to the $157 billion economy, with household incomes up 4% annually since 2011 and unemployment falling below 4% from a peak of 11.3% in 2009. Portland now has the ninth-highest concentration of highly educated millennials based on data from Experian.

A strong economic outlook and the area’s talent surge has pushed Portland to the top spot in FORBES’ 19th annual ranking of the Best Places for Business and Careers. It rated fifth last year. The City of Roses ranked highly across the board, finishing in the top quartile for 12 of the 14 metrics we measured (business and living costs were the only exceptions).

Companies with a large local presence in the Portland metro like Nike, Intel, Daimler and Boeing benefit from the 36 universities and 150,000 college students within 50 miles of the city center. Well-paid STEM fields (science, technology, engineering and math) account for 7.2% of all jobs in the metro area, well above the national average of  5.8%.

Google opened its first office in Portland last year, joining other tech stalwarts like Hewlett-Packard, eBay and Salesforce. Startups are also popping up, giving rise to the nickname “Silicon Forest.” Companies and workers in Portland benefit from dramatically more affordable conditions than in the Bay Area.

Related Articles
Uncategorized Portland’s Hottest Neighborhoods Portland's real estate market continues to heat up. Check out the hottest selling neighborhoods:
Uncategorized Oregon Tops the “Moving Destinations” List The secret is out! Oregon is a great place to live. Oregon topped the 2014 moving destinations list compiled by United Van Lines. South Carolina and North Carolina were second and third (who knew?). Perhaps that is why housing prices are back to their 2008 pre-crash levels? Find out why so many people are falling […]
Uncategorized Average time to sell a home plummets According to the PBJ, the average time to sell a home plummetted at the end of 2014. The average time to sell is now just under 60 days. Read the full story.

Thank you for your inquiry.